The MV Karwela is another of the wrecks found on our "House Reef" at Red Bay in Ghajnsielem. Famous for her photographic staircase and, for those with appropriate certification, her impressive engine room.
She was built in West Germany by Jos L. Meyer in 1957 as a passenger ferry with a steel hull of 50m long and a beam of 8m. Her original name was M/S Frisia II, and was later renamed to MV Nordpaloma in 1977. She was designed to carry up to 863 passengers and no cars. In 1986 the Ferry came to Malta where she was renamed to MV Karwela. In 1992 she was purchased by Captain Morgan Cruises and sailed as a day trip ship until her decommissioning in 2002.
The Gozo Tourism Association scuttled MV Karwela on 12th August 2006 together with MV Cominoland after both ships  were made environmentally safe and also safe for divers to explore. As an experiment Karwela was left with paint on whereas Cominoland had it completely stripped off to see what technique was better to encourage marine life on the wrecks. 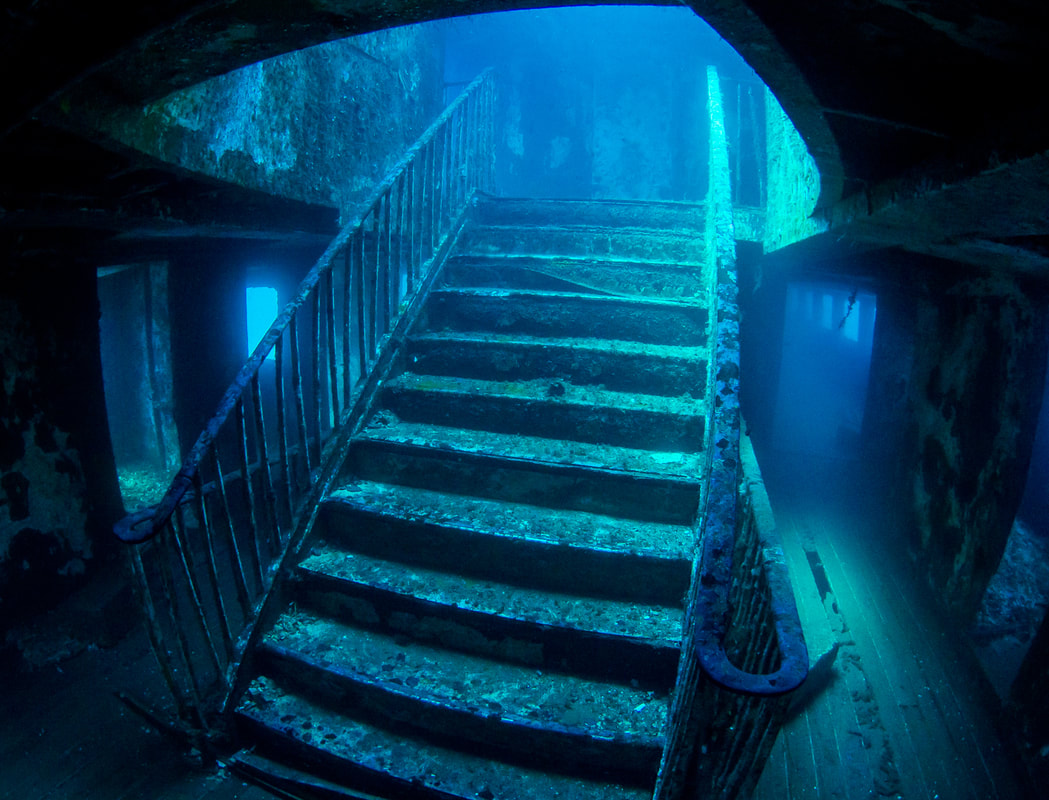